Well, this isn't a happy discovery. While editing the music from Mega Man 5 (to archive it in my library of game music), I discovered that Vorbis was destroying the upper frequencies of the tracks at 70 kbps (I set it to encode at 80 kbps, as they're all mono, but for some reason on MM5 it decided to use 70). Take a look at the results:

The original track, after ADPCM decompression: 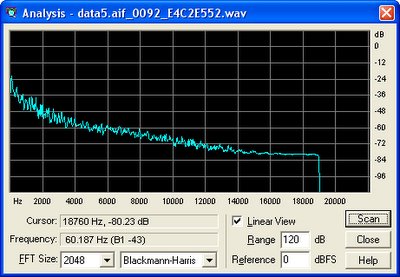 The same track, after Vorbis compression at 70 kbps: 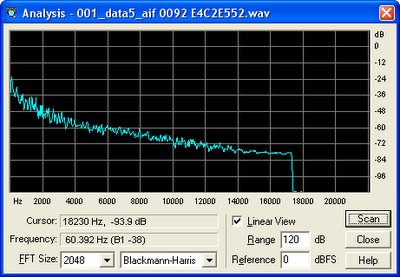 The track at 80 kbps (forced by reducing the range of allowable bitrates): 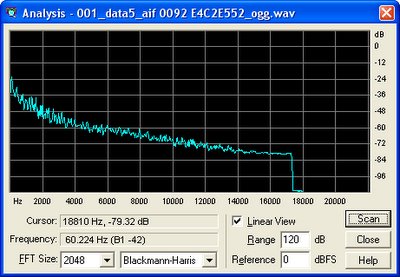 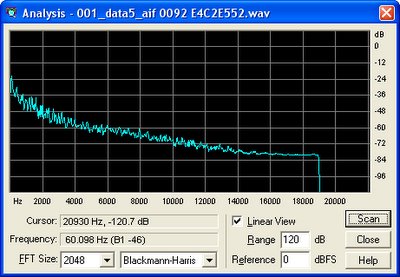 UPDATE: Hmm. Looks like this is actually only a problem when not using standard quality mode (was using average bit rate mode before). In other news, lots of Mega Man 6 music is recorded at high volume, and noticeably distorted. Maybe I should send an e-mail to Capcom...
Posted by Justin Olbrantz (Quantam) at 2:36 PM