For those of you who haven't been watching this unfold in real time, something absolutely unprecedented is happening, right now. Several days ago, Digg.com censored several stories which referred to the AACS (the copy protection system used by HD-DVD and I believe Blu-Ray) master encryption key, which can be used to decrypt any currently available movie.

This move was in response to a cease and desist order they received from the AACS forum, threatening prosecution under the DMCA anti-circumvention clause. As this was quite a serious threat (and has a much better chance of succeeding than the RIAA suits), Digg removed all of the posts referencing the key, without acknowledging or justifying the action to users. It even went so far as to ban users who repeatedly tried to submit those stories.

This caused a massive outrage (some might call it a temper-tantrum), where users submitted thousands of stories to Digg containing the key. Some consider it an act of civil disobedience, though in this case it's the Digg operators who stand to get sued, not the people actually disobeying the DMCA, so some would consider this worse than civil disobedience. After receiving many more submissions than the Digg operators could censor, they gave in, and promised not to remove any more posts containing the key.

As a side-effect of the outrage on Digg, hundreds of thousands of web sites have been created containing the key, either in its raw form or some manner of trivial encrypted form (so that anyone who wanted to could decrypt it). This thing has blown up to such a degree that offline news sources are covering it. BBC, the New York Times, and Forbes all have stories on the Digg incident, and likely many more will follow.

This is a completely unprecedented legal situation. No one's been in the position of the AACS forum before, and nobody really knows what to do next. They could issue hundreds of thousands of cease and desist orders, followed by many law suits (for those that don't comply). While they do have a very strong case, based on the DMCA, the best they could hope for is that a few law suits could induce enough fear that all the others will take the key down before they're sued; a technique that hasn't worked so well for the RIAA. Of course it's likely that many countries wouldn't allow suits from the US based on US laws, so it's likely the key sites would just migrate out of country.

Suing Google and other search engines (which I believe they're already planning on doing) might work to a limited extent, but that would only make the key harder to find, not actually get rid of it. What's least likely, unfortunately, is that they'll roll over and die, in the face of an enemy they can only hope to impede (not defeat). They'll probably push for stronger laws, and DMCA-like laws in other countries, but that's both a very long-term strategy, and a not wholly effective one. 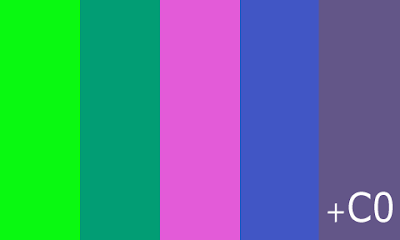 Posted by Justin Olbrantz (Quantam) at 8:07 AM

I wish they'd roll over and die :P The RIAA is long overdue themselves.