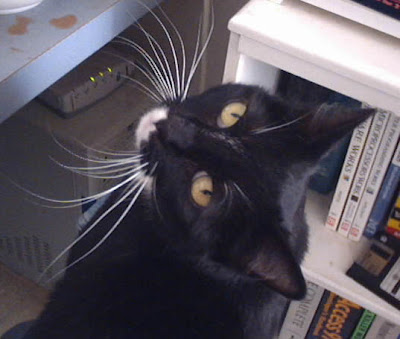 The twins, Poguita and Ping Pong (as well as two others we didn't keep, which seemed to be from different fathers) were born at our house on March 27, 1992. Poguita (yes, that is an English/Spanish pun) was named for the distinctive white stripe on her nose.

As with Slinky, I later started calling her Dorkess based on her distinctive personality. She was always extremely high strung, even for a cat. The slightest sudden noise would cause her to do her characteristic "vertical takeoff and landing" - shooting a couple feet into the air - then flee in terror, either out of the house or into a closet to hide. I used to say she never walks anywhere, she just sprints.

Her dorkiness led to a wide array of memorable incidents. In one case me, my mom, and one of my friends were watching something scary on TV. At one point, my mom screamed, at which point the entire clothes hamper exploded, throwing various pieces of clothing into the air. As it turned out, Dorkess had been sleeping in it, and completely freaked out when my mom screamed.

She was also an extremely finicky cat; nothing was acceptable to her unless you did it exactly how she wanted it. Perhaps she was narcissistic, as she did, after all, love staring at herself in shiny surfaces. Though she lacked the congenital metabolic problems Slinky had - and as a result was not so thin and slinky - she seemed to have some kind of a deformity on her back feet such that she was never able to fully retract her claws, resulting in a distinctive clicking as she walked on hard surfaces.

As she got older, she gained another distinctive attribute. For a variety of reasons, from wanting something to letting people know she was entering the house, as well as some which were just mysterious, she would use just about every muscle in her body to howl at an unbelievable volume, which vaguely resembled a baby crying; as one friend put it the first time he heard it, "What the heck was that?". On a couple occasions she even howled so loudly that she got dogs howling along with her. One particularly interesting feature of this was that, when howling, her meows were neither identical nor random, but followed a well-established pitch contour (e.g. there was always a large drop in pitch during the third meow).

Apart from a couple of serious but temporary cases where she was severely sick (and could conceivably have died), she was in fairly good health until just recently (though she certainly showed her age). She did end up going completely deaf a few years ago, but this was probably for the best, as afterwards she was much calmer and less high strung.

At one point a couple years ago, she began accumulating fluid around her lungs, making it difficult to breath. This probably would have killed her, but with regular medication with Lasix (the drug) the problem essentially went away (though the Lasix did seem to be doing some harm to her kidneys and liver). We never did learn the root cause, and it's possible that's ultimately related to why she died. For one reason or another, she eventually decided that she wanted to die, and simply stopped eating. This, on top of her already weakened state due to old age, resulted in her death a week later. The ultimate reason for this choice remains unknown. 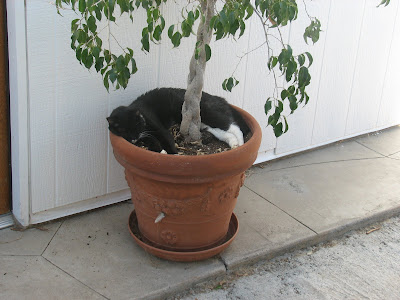 One of Dorkess' common places to sleep 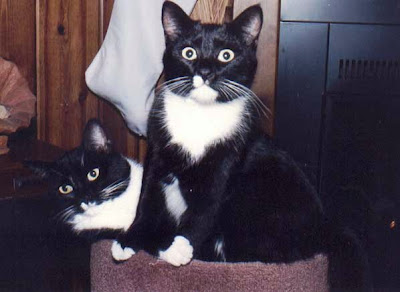 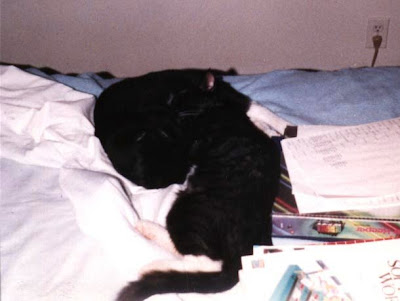 The twins sleeping, Zen-style; best guess is that Slinky is in front, Dorkess is in back 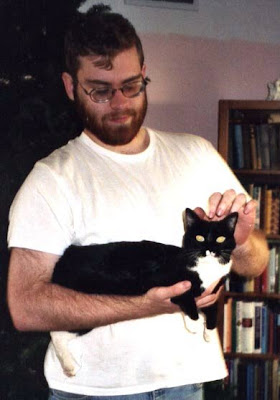 broke down a bit not gonna lie, it made me think of my dog Thomas that I got for my second birthday, I had him for 14 years of my life. Animals might be there for just a part of your life, but you're there for the entirety of theirs..﻿